Since the Dream Cottage campaign began, we have given away 28 Dream Cottages!
To see our full list of winners:

How to Get Tickets

Ticket Sales are now over

Things you need to know

Find out more about our ticket security procedures, rules and regulations, and frequently asked questions.

Put a Cottage in Your Future and Help a Child Now!

Congratulations David MacDonald of Surrey, BC!

David, our 29th winner, has been buying tickets with his mother for 20 years, which is an incredible level of support!

After a winter full of weekend storms, wouldn’t it be nice to have a place where you can really enjoy summer on PEI!  Imagine relaxing with family or friends in the bright, airy living room/dining room/kitchen while enjoying the view through the panoramic windows. For those who love cooking, the kitchen island, walk-in pantry and quick patio door access to your bbq will be perfect for summer feasts.

For all of the details, check out the brochure 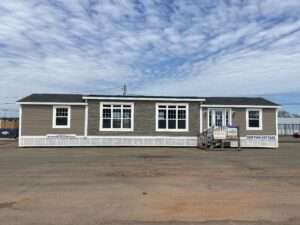 Don’t miss your chance to win, we sold out very early last year…and the earlier your get your tickets, the more chances you have to win Early Bird Prizes!

Tickets Sales are now over.

(Buy your tickets on or before the close of the cottage on deadline day and win!)

Watch for special prizes from:

For a full list of prize winners, check out our Dream Cottage Prize Winners page

We believe that all young people deserve the right to reach their full potential, despite the barriers they may face. To help youth succeed, we provide no-cost mentoring programs that have lifelong benefits for learning, emotional growth, and health.

Mentoring is an essential service we must continue to provide, but we need your help! By purchasing Dream Cottage tickets, you help provide life-changing relationships that ignite the power & potential of youth across PEI.

To find out more about what your ticket purchase supports, check out our What We Do page

The beautiful cottage design is enhanced by furniture and stainless steel appliances (in the kitchen) chosen by Julie from Hambly’s BrandSoure Home Furnishings. There is even a washer & dryer in the laundry closet.   See the beautiful 29th Dream Cottage for yourself – drop by when we open 7 days a week!

Please note: All tickets offer the winner the choice of the fully furnished Dream Cottage (including the appliances) or the $100,000 Cash Option.

Caren About Your Hair