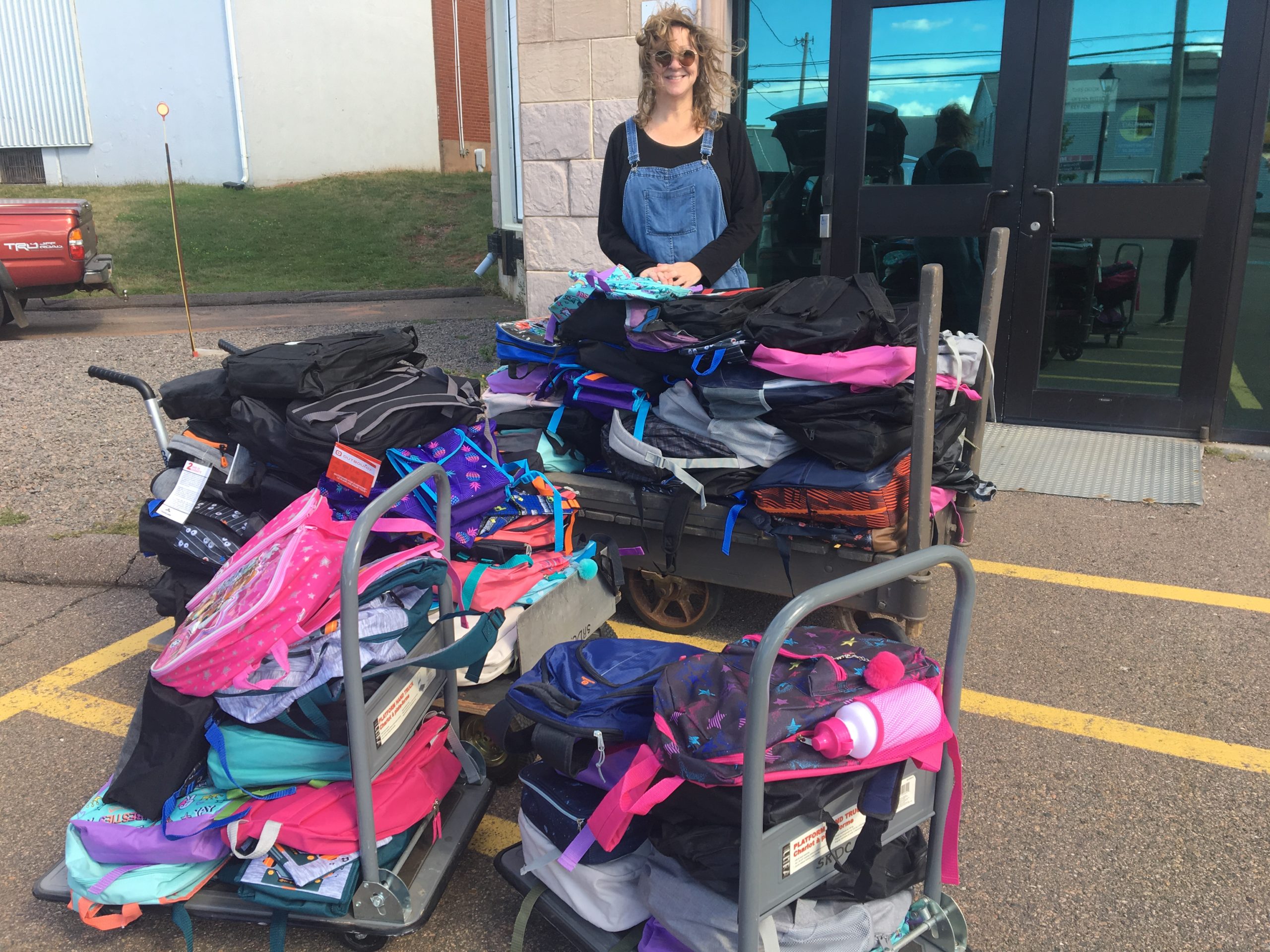 We really can’t thank Jeannie Cameron, the owner of Red Dirt Girl Music Room, enough for organizing the donation of 150+ backpacks full of everything students need to return to school.

When we asked Jeannie how she came up with the idea to organize such a big project, she said initially she hoped to have 20 to 25 backpacks to donate, but with the help of the 600 Air Force Wing and an interview with Angela Walker on CBC, the number of backpacks started coming in grew exponentially….and they are still coming in!

Although her own children are now in their 20’s, when they were younger, Jeannie was a single mother.  Providing backpacks, indoor shoes, and all of the materials her children needed for the start of the school was hard and she found the Back to School period an incredibly stressful time.  With students and parents facing an uneasy return to the classroom, her heart went out to families who might be having a tough time.  Jeannie wanted to make sure that students have what they needed, so that they could feel excited about 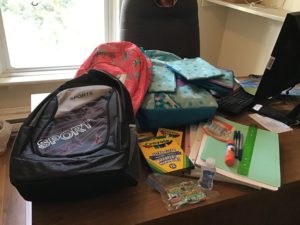 returning to the classroom.

Jeannie organized the backpack drive through her business, the Red Dirt Girl Music Room and spread the word through concerts and on her Facebook pages and her community really responded. Each backpack contains school supplies, a face mask, and hand sanitizer – some also include matching pencil cases & lunch bags too.  Pam, our Traditional Mentoring Coordinator, has already distributed more than 100 backpacks to families across PEI and she is working on getting the rest distributed.

We can’t thank Jeannie and all of the people who participated in this project enough for helping make Back to School more joyful for the families we serve! Thanks so much for igniting the power & potential of Island youth!!

A Special Thank You goes out to the following individuals, businesses and everyone else who was involved! 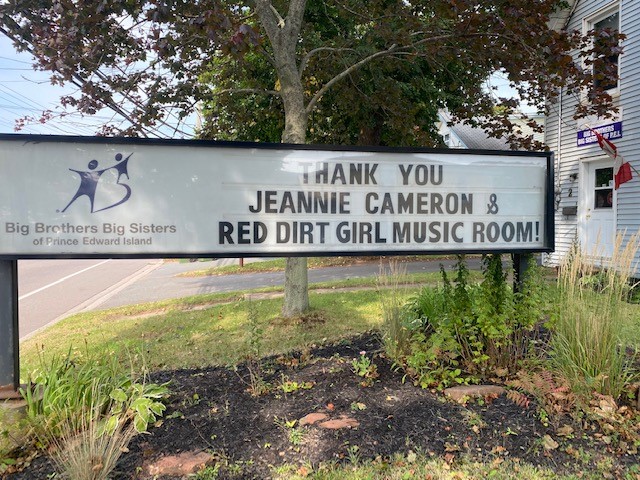 Register for Launch Your Life!

Celebrate the Holiday Season by Giving Back.

Register for Launch Your Life! Post-Secondary!

Join us for The Big Little Challenge!

Celebrate the Holiday Season by Giving Back!

Save the Date – The Big Little Challenge is coming in March!

A poinsettia from VanKampens Greenhouses could spark potential this Christmas!

Take a Photographic Tour of the Dream Cottage!

Planting flowers in our Adopt-a-Corner Garden is the perfect way to spend an afternoon!

$7500 Early Bird Prize Winner & What’s Next at the Dream Cottage!

The Dream Cottage is open. Up first: the $7500 Early Bird Prize

Check Out What’s Happening at the Dream Cottage & Pre-Order Your Tickets!

Give your Mother a Dream Cottage ticket this Mother’s Day….just like you normally do

WestJet Gift-of-Flight Winner & What’s Up Next

Our Cottage Living Dream Cottage Early Bird Prize Winners and What’s Up Next!

Our $7500 Dream Cottage Early Bird Winner and what’s up next!

How to Sign Up for and Use On-Line Fundraising

There were more than 50 Dream Cottage Prize Winners This Year

Over 4,000 kids on Big Brothers Big Sisters waitlist in Canada